Salvaging materials from a broken printer 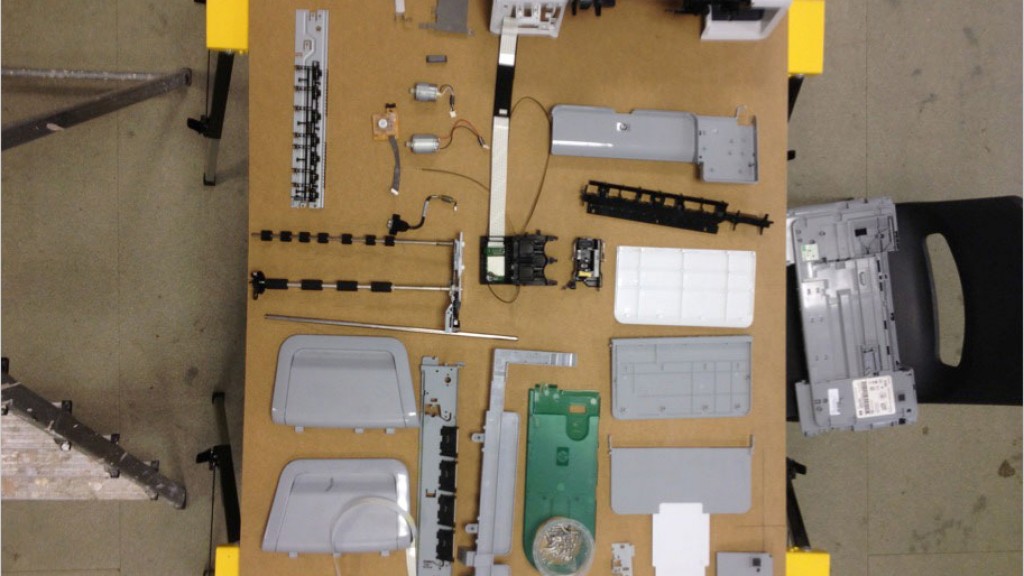 Our guest blogger, Stephen Bell is a volunteer at Fab Lab London. Here he describes his experience of hacking a broken printer in the workshop, in order to find out what materials were present and what he could salvage.

I’m relatively new to hacking or so I thought until I cast my mind back to what I used to do as a kid. Whenever I would get a toy I would always dismantle it to see how it worked. Looks like I’ve still got the bug! The purpose of this exercise was to have a bit of fun dismantling a printer without breaking the components, with the aim of salvaging some of them for use in other projects. “A lot of the fun is in dismantling without damaging the parts”

It took me 75 minutes altogether to take the printer apart with a Torx screwdriver set and some mole grips. During the teardown, I took some safety precautions by donning a pair of safety goggles. You never know where fragments can fly so it’s always better to be safe than sorry. 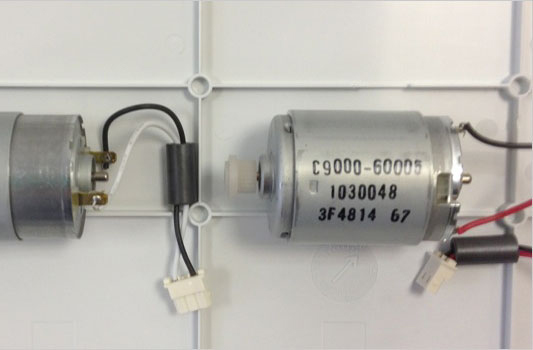 The main components I salvaged from the tear down were two motors, these were a C904560001 and a C9000 60005. A quick Google search on these two part numbers brought up a lot of information. It turns out that refurbished motors are worth about £20.

Other components that I managed to reclaim were assorted fasteners, plastic gears, springs, and stainless steel rods in various diameters. Further components could have been extracted from the circuit boards such as micro switches, but further work would be required and time versus parts value was a consideration at this point. 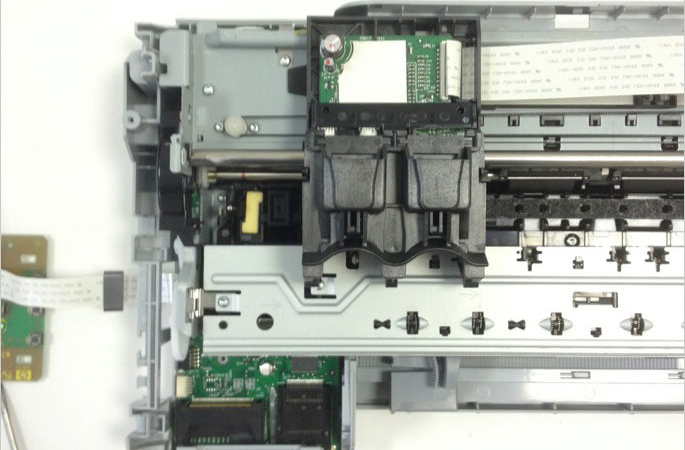 However the overwhelming majority of the printer was made out of a plastic called ABS, as is the case in a large proportion of consumer electronics. The question I wanted to know is can this material be recycled for use as ABS filament which is currently used in 3D printing?

So, I visited the Omnidynamics stand at the TCT + personalize show 2014. The clever team at Omnidynamics have invented a machine called a Stooder that produces ABS filament from ABS pellets. This machine reduces the cost of buying 3d filament by 80% and has been designed as a compact and easy to use device for the home, schools and businesses. They are also aiming to invent an add-on recycler unit which would turn household plastic waste, into filament. Perhaps in the future, we will see the ABS casings from consumer electronics, like the printer, recycled into ABS filament and be 3d printed to create a new product, in our homes!