The New Plastics Economy – a breakthrough, and not only for plastics 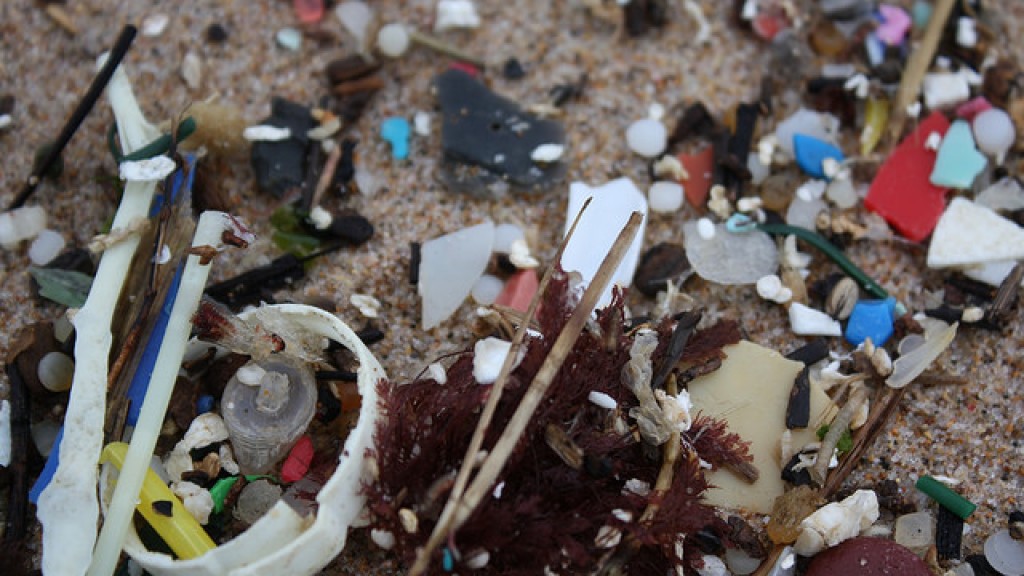 Sandy Rodger is an RSA Fellow and business leader, who held senior roles in manufacturing, supply chain and R&D, with Unilever and Diageo, before joining the Ellen MacArthur Foundation in 2013 to lead project MainStream, whose latest report he discusses here. He now works freelance, supporting organisations with their transition to the Circular Economy.

The recent book No Ordinary Disruption sets out four forces shaping the modern world. Urbanisation, technological change, aging populations, and global interconnection, together create a world of extremes – both opportunities and threats, with an accelerating, and bewildering, pace of change.

Such extreme circumstances require more than business-as-usual actions, so the book describes “Intuition Resets,” fundamental changes to our assumptions about how the industrial world works. One of these concerns natural resources, becoming increasingly scarce with our growing consumption. Specifically, the book advocates the emerging concept of the Circular Economy. Put simply, if we are to be such prolific users of stuff, we need to use it repeatedly, or find sustainable ways to replenish it. Or it will run out, or get very expensive, and also end up as a big pile of waste. Not rocket science.

The Circular Economy, a composite of old and new ideas, has taken off since 2012, when the Ellen MacArthur Foundation’s collaboration with McKinsey yielded the first of a series of reports describing the economic opportunity. The World Economic Forum joined in, ensuring growing engagement with business and political leadership. The Circular Economy now features in the strategies of the EU, London, New York, Dow Chemical, Unilever, Veolia, and many more. I spent two years at the Foundation, setting up project MainStream, which tackles the biggest stalemates blocking this important transition.

The reports address the overall Circular Economy opportunity, which is huge (over $1 trillion). But what if you break this down into slices – individual industries, with their own technologies, supply chains, and materials? Does the concept translate from 30,000 feet to reality? Last week at Davos the first report was published from project MainStream: The New Plastics Economy – Rethinking the future of plastics. Well done to my successor Rob Opsomer, and to the Foundation and McKinsey teams. At last this applies the Circular Economy concept to a major industry – in this case plastics. Plastic is an icon of modern life, everywhere. And it’s most prevalent form is packaging – the focus of this report.

The report provides a new global fact base about plastic packaging. It is:

The report depicts an industry plagued by misalignment:

As a total system, this is plainly not fit for purpose, not with plastic well on the way to being more prevalent than fish in the oceans!

But before coming to the report’s conclusions on plastic, let’s reflect for a moment on the wider significance of this publication.

It’s not new news that plastic is clever stuff but creates lots of waste. But the debate has fallen into the classic bish-bash-bosh of environmentalism. Some attack – advocating banning plastic. Some say burn it – then it won’t go into the oceans (moving the problem to the air?). We have artisans turning tiny amounts of plastic into trendy durable stuff. Some say we shouldn’t need packaging at all. Others defend – using CO2 emissions to claim plastic is sustainable, ignoring the waste issue. Increases in recycling are claimed, actually outpaced by growth and innovation. And some say that, like the banks, plastic is now just too big to fail…

STOP! This is not helping! We don’t just need an intuition reset on resources, but also on how we work together to solve these problems.

Here is the hidden secret of the Circular Economy – it changes the conversation. A remarkable feature of the New Plastics Economy report is the range of participating organisations – across the whole value chain, despite many competing interests. Large and small companies, major cities, some NGOs and industry bodies. In setting this up, I was startled by the willingness to participate openly and constructively. I’ve worked in industry for years, in numerous collaborations, and for me, this is unprecedented. And this experience need not be unique to plastics – the Circular Economy conversation could be a game-changer in any sector.

So, returning to plastics, the recommendations are in two parts – equally important I believe:

You can read the report so I won’t give all the details, but key takeouts are:

We will need to transform waste collection, with a simpler and much more standardised approach. This becomes a clear and consistent target for designing both the packaging and recycling infrastructure, and builds the confidence of citizens so recycling becomes second nature

In conclusion, if we are to face the four disruptive forces and thrive, this is the work we should be doing – creating new conversations which do reset our intuition. The Circular Economy is a new force for such transformation, not only on plastics. And, at the sharp end of this, there is much work to do to realise the New Plastics Economy.