Has the circular economy been relegated to the rubbish bins of Brussels? 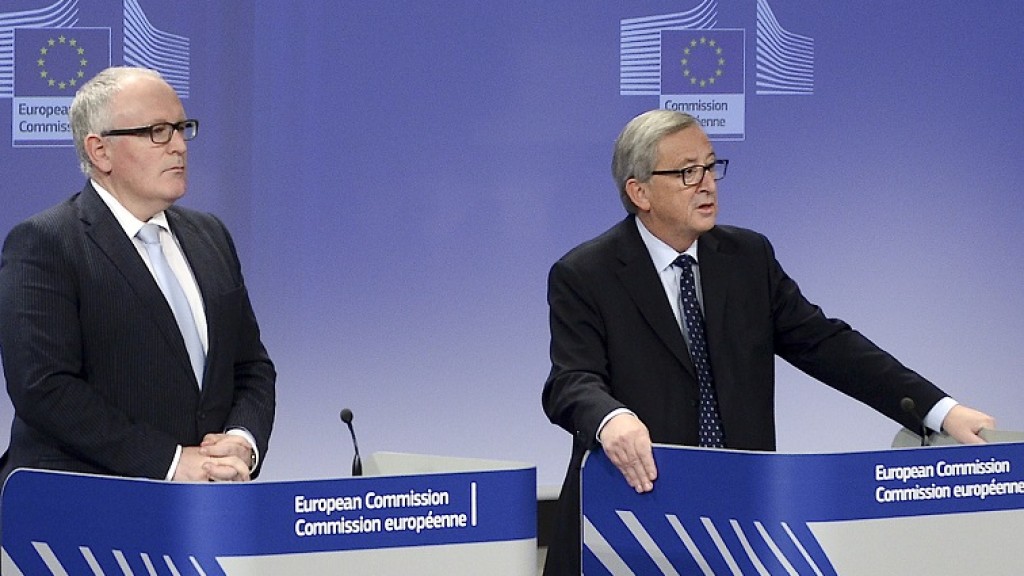 Lucy Chamberlin comments on the EU Commission’s Work Programme for 2015 and its rejection of circular economy legislation.

It looks increasingly likely that the leadership we have come to expect from Europe in launching our fledgling circular economy is being scuppered by the new masters of Brussels and a contingent of business lobbyists. Just before Christmas, President Jean-Claude Juncker and his deputy Frans Timmermans decided what would be in and what would be out of the Commission’s Work Programme for 2015. And the circular economy, they decided, is out.

Last summer, a whole package of circular economy measures were announced by outgoing Environment Commissioner Janez Potocnik. These included phasing out landfill, increasing household recycling to 70% by 2030 and streamlining a raft of legal requirements, definitions and targets. The measures were welcomed at the time by cities, green groups and some businesses – though several in the zero waste and circular economy communities also warned that they didn’t go far enough, and focused too much on ‘end of pipe’ rather than systemic or design-based solutions.

Now, however, it seems that the entire circular economy package has bitten the dust along with the outgoing Commissioners. In November, business lobbying group BusinessEurope (represented in Britain by the CBI) sent a paper to new Vice-President Timmermans arguing that, along with proposals for a financial transaction tax, increased maternity leave, gender balance on boards and stricter regulation of air pollution, the proposed legislation should be withdrawn. On 16th December BusinessEurope, arbiter of growth and guardian of the free market, got their way, and the package was resigned to the dustbin of history.

This would be all well and good if the circular economy was, as some indeed view it, a mere passing fad, a yachtswoman’s fantasy. But it has been latched onto and is being pursued with intent by some of the most powerful corporates in the world (Apple, Unilever, IKEA and Cisco to name a few). Moreover, though BusinessEurope called for the intended circular economy package to be scrapped, without addressing the specific bills proposed, they did assert in mitigation that the legislation should be re-drawn ‘as an economic piece of legislation rather than from a purely environmental perspective’. In their words:

‘The circular economy dossier should take account of issues of wider economic interest (including manufacturing and product design, consumer affairs, research & innovation, security of supply and raw materials) as well as markets beside the environmental dimension which includes recycling, reuse or land-filling.’

This invites an interesting predicament. On the one hand, the initial dossier should certainly have taken a more detailed and definite approach in addressing the front end of resource use – i.e. design and manufacturing – and indeed the former Danish Environment Minister optimistically hopes that this suspension of the legislation will lead to its expansion. On the other hand, it is now recognised amongst manufacturing and waste companies and member states alike that the circular economy has significant potential for jobs and sustainable development, and that the Commission’s leadership in this area ‘is essential to create the right market dynamics to turn the circular economy into reality’. As Potocnik said when he announced the original measures in the summer,

“There will be a lot of people and businesses saying ‘not now, not yet, wait until we have more data’. But I have listened to those calls for many years and it just comes down to, either you start or you don’t start – but if we don’t start, we will constantly use excuses.’

The fear of many is that, despite reassurances to the contrary, this delay on circular economy legislation represents an attempt by the Commission to stall any progress in an area that can be seen as too complex and challenging to guarantee success. It is an area in which success will ultimately come from collaboration, communication and cooperation rather than competition, and for the business-as-usual gang that is a concept which is hard to understand. When in doubt, they fall backwards onto the model that went before, even though that model has been proved time and again to be flawed.

If it is ever to lead the fight in decoupling economic progress from environmental and social catastrophes, the circular economy needs the support of legislation from strong governments across Europe and beyond. And the voice of the UK Government on this issue has been deafeningly silent. Certain businesses will undoubtedly continue, as they are, to pioneer new methods and business models for resource efficiency, but they are crying out for leadership from their legislators. The proposals that had been tabled may not have represented the ideal ‘systems shift’ that we would wish for. But they were a starting point from which progress could be made, an indicator of how we meant to go on, and most importantly an attempt to bring together the battling interests of businesses, environments and people, in the short and long term. It is in all of our interests to support that. And the new leadership in Brussels would do well to take heed.